The first Tri of the season. Swansea Tri is set in a superb location in the heart of the newly renovated Swansea marina. With a calm, safe and spectator friendly swim, picturesque ride and a fast and flat run, this is a great one to kick off the season and perfect for first timers.

An early start for us all, up at 5am to make it to Sainsbury’s car park (only £3 for all day parking and literally behind registration) for a 6.15am unpack. Registration was easy and well planned out in the Dylan Thomas Centre and transition just outside the race is well organised (even if the racking in transition is a free for all).

The Prince of Wales dock holds the Swansea Tri swim, with 4 consecutive waves kicking off the triathlon. With a 5-minute acclimatisation time ahead of each wave, athletes jump in early to get used to the 15degrees temperature - only to be met by the dock’s resident bloom of jellyfish. Once assured that they are at least 2m down and won’t come up to join in the swim, the race can begin. A bang of fireworks and the swim starts - 750m anti-clockwise around 2 large turn-point buoys and you’re back into the front of the dock exiting up the blue carpeted path. A 350m run from the dock across a bridge over the River Tawe to transition - there’s even a trainer drop for those that want to save their feet from the gravel!

Once you’ve done the usual getting lost in transition whilst trying to look for your brightly coloured towel, the wetsuit has been peeled off, helmet on and secure, race belt and bib facing backwards before the marshals shout at you to turn it around, you’re out on your bike before you know it. A fast, flat and safe route with closed roads, the bike route uses the main road for a 3-lap course out along the coast, towards the Mumbles. Once you reach the turnaround point by the Mariarchi band, you head back towards transition, making one lap just under 7km. Having had 4 waves for the swim, the bike route isn’t as crowded as you’d expect, with the corners being the main point of the course to keep an eye on with sharp u-turns each end to focus your speed and technical cornering.

The bike started well but was short lived for some with a puncture only a mere 3km in. For those that managed to avoid the potholes and make it round the 20km route, the quickest bike time clocked in at 37:11 by Lee Harvey - an impressive 32km/hour average pace.

A quick dismount and into transition - shoe change for those that have mastered clip-ins (I’m not quite there yet!) - the run out starts through the Marina, heading up past a little outdoor market. As soon as you’re through the marina you run along the same route as the bike but this time along the coastal path, dodging pockets of sand and the odd public runner (or walker) that haven’t entered the race. Following the sea for 2.5km you turnaround by the Mariarchi band again and head back up the flat for your final finish in front of the National Waterfront Museum. A stunning run along the seafront, the atmosphere as you enter the final stretch for the finish line is charged, with supporters lined the last 300m to help you achieve that final sprint finish.

A range of times on the 5km run, from 37.45 down to Lee taking 8th place in his category with a time of 22.53. A special mention must go out to Tracy Baker who not only won her category but did so on her first ever triathlon! Outstanding!

A great one to kick off the season - particularly if you’re feeling like the Winter has beaten off your training a bit! With over 600 athletes taking part Swansea Tri really is a triathlon for everyone, from the elite to beginners wanting to give triathlon a ‘tri’. 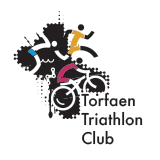